Judy speaks on these and other topics:

Echo Chambers Instead of Conversation: The Biblical Origins of Our Divided Society
As we examine several sibling-centered stories in the book of Genesis, we will note the unusually fraught nature of sibling relations. We will draw a line from these narratives to the Jewish people today, noting the enduring themes of fractiousness and absence of communication among “siblings”. In our textual journeys, we will seek signs of hope for repair.

Noah and Jonah:  How Similar Stories Say Opposite Things About Human Transformation
Is it possible for human beings to change?  To reveal the Bible's complex treatment of this question, we will explore the narratives of Noah and Jonah: two stories that share a remarkable number of themes, words and details.  We will see how, despite their similarities, these two stories present opposing views on the notion of authentic and lasting inner transformation.

Must Power Corrupt? Judah and Tamar, David and Batsheva, and a Biblical Blueprint for Safeguarding the Public
Despite our hopes that the Jewish community would rise above the problems of power-driven sexual misconduct, sadly, in this regard, we are unexceptional. In this session, we will analyze the biblical characters Judah and King David, noting patterns of misconduct among leaders and their communities that recur until this day. We will then look to biblical models for breaking these unfortunate patterns.

The Tower of Babel and the Midwives of Egypt: Comparing an Unlikely Pair
What does the story of building the world's largest structure in Babel have in common with a tale of subjugation and heroism in Egypt? Upon close inspection, we will expose the many surprising similarities between these stories, with particular focus on the actions and motivations of a number of outstanding female characters in the Exodus narrative, whose strong sense of identity helps to repair the fractured connection with the divine and helps catalyze the redemption process.

From the Daughters of Egypt to the Daughters of Tzelaphechad: Women Leading from Personal to National Identity
In a sequel to the story of the courageous "daughters" of Egypt, the daughters of Tzelafchad stand up to all leadership symbols and figures, bringing about unexpected changes in law and in attitudes toward outsiders. In a close examination of their story—which we will contrast with the story of the spies sent to scout out the land– we will highlight the trajectory from personal identity to communal and national identity.

The Patriarch and the Priest: Why do Jewish Leaders Have Non-Jewish Mentors?
What happens when the Bible’s greatest leaders face personal and spiritual crisis?  In our textual journeys, we will examine the encounters of troubled “Jewish” leaders with mysterious “non-Jewish” priests, who provide counsel and guidance.  Our exploration will consider larger questions about leadership, about chosenness, and about relations between Jews and non-Jews.

When Bad Things Happen to Good Biblical Characters: The Opposing Cases of Abraham and Job
How could God command Abraham– even temporarily– to sacrifice his son, and expect him to silently accept the horrific decree? See how the book of Job questions the philosophical assumptions– and dramatically overturns the conclusions– of the story of the Akeda. Discover the relevance of both of these biblical stories to deep, ongoing questions of unjust suffering in the world.

“And He Shall Rule Over You”: Is Gender Inequality a Biblical Mandate?
What is the nature of God's pronouncement to the woman in the Garden of Eden: "To your husband is your desire and he shall rule over you"? In an exploration of this disturbing story and several others that feature subjugated women, we will pose difficult questions about the persistence of sexual inequality and misconduct from the Bible to this day. In our close readings of the texts, many of which draw upon each other’s language and themes, we will explore possible signs of potential repair.

"Would You Murder and Also Inherit?" A Biblical Story of Crimes, Misdemeanors, and Other Addictions
In a shocking biblical narrative, a king of Israel embarks on a spiral of crimes culminating in murder. We will examine the appetites and processes that lead from misdemeanor to crime; we will then address the larger issue of how the trajectory of sin resembles that of addiction.

The Tent, the Field, and the Battlefield: Upheavals in the Roles and Fortunes of Biblical Women
What do the infertile, tent-dwelling mothers of Genesis have in common with the military and spiritual leaders of the book of Judges? By reading several women-centered stories in light of one another, we will uncover the Bible’s complex—and often surprising – portrayal of feminine occupation, preoccupation and potential.

Mind the Gap: The Resounding Power of Biblical Silences
What transpired between father and son during their 3-day journey toward the Akeda? What was the nature of Rebekah's curtailed cry: "why am I"? The Bible contains lacunae of all kinds: missing pieces of plot lines, missing words and letters. We will explore ways in which the text's silences are not merely problems to be solved, but are artful agents in uncovering greater meaning in the text.

"A Paradox, A Paradox": Contradictions in the Divine-Human Encounter at Mt. Sinai
At the foot of Mt. Sinai, the people are delivered on the wings of eagles and are greeted by the Divine presence as a groom greets a bride. Yet at the same time, proximity to the mountain brings fear, trembling and the threat of death. We will explore this paradox, along with several others, in the account of the revelation at Sinai, noting the power of the paradox in expressing complex matters. 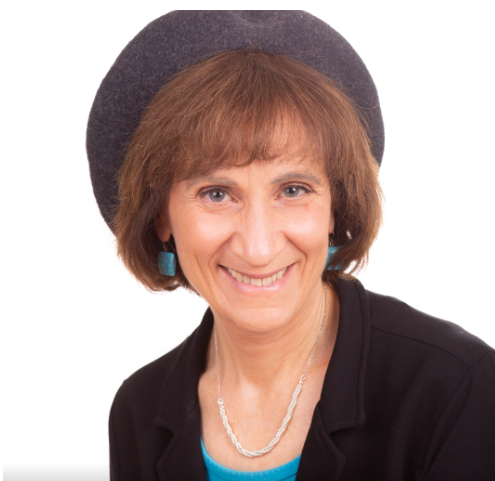 Judy Klitsner is a senior educator at the Pardes Institute of Jewish Studies in Jerusalem. A disciple of the great Torah teacher Nechama Leibowitz, Judy has had a profound impact on a generation of students, of whom many now serve as teachers and heads of Jewish studies programs in the US, the UK and Israel. Judy’s teaching style is lively, accessible, interactive and text-based, and she is particularly fond of uncovering the “vibrant conversation” that takes place between the Bible’s parallel stories.

She lectures internationally at synagogues, campuses and adult education programs that span the denominational spectrum and she is a regular visiting lecturer at the London School of Jewish Studies. Judy Klitsner is the author of Subversive Sequels in the Bible: How Biblical Stories Mine and Undermine Each Other. The book, which received a National Jewish book award, is now in its third printing, as part of the Maggid Tanakh Companion series, and has recently been released in Hebrew by Rubin Mass Publishers. Judy is founding board chair of Sacred Spaces, an organization that works to systemically address abuses of power in Jewish institutions.